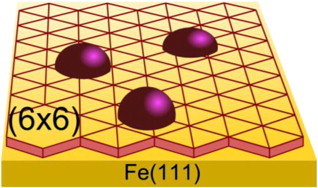 Surface Science, 605(17-18):1754-1762, 2011 (article)
Abstract
The oxidation of Fe(111) was studied using Auger electron spectroscopy (AES), low energy electron diffraction (LEED), X-ray photoelectron spectroscopy (XPS), ion scattering spectroscopy (ISS) and scanning tunnelling microscopy (STM). Oxidation of the crystal was found to be a very fast process, even at 200 K, and the Auger O signal saturation level is reached within ~ 50 × 10− 6 mbar s. Annealing the oxidised surface at 773 K causes a significant decline in apparent surface oxygen concentration and produces a clear (6 × 6) LEED pattern, whereas after oxidation at ambient temperature no pattern was observed. STM results indicate that the oxygen signal was reduced due to the nucleation of large, but sparsely distributed oxide islands, leaving mainly the smooth (6 × 6) structure between the islands. The reactivity of the (6 × 6) layer towards methanol was investigated using temperature programmed desorption (TPD), which showed mainly decomposition to CO and CO2, due to the production of formate intermediates on the surface. Interestingly, this removes the (6 × 6) structure by reduction, but it can be reformed from the sink of oxygen present in the large oxide islands simply by annealing at 773 K for a few minutes. The (6 × 6) appears to be a relatively stable, pseudo-oxide phase, that may be useful as a model oxide surface. 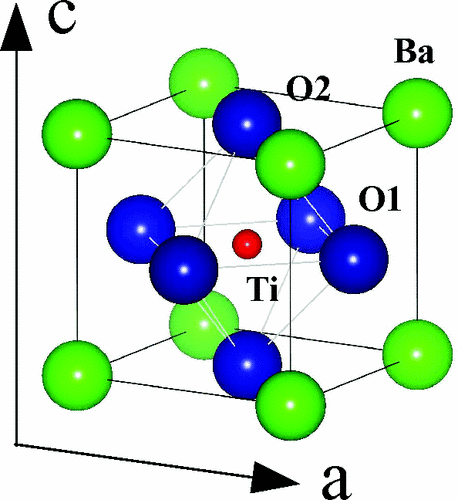 Dietermann, F., Singer, R., Fähnle, M. Contruction of basis functions with crystal symmetry for the spin-cluster expansion of the magnetic energy on the atomic scale {Journal of Mathematical Physics}, 52, 2011 (article)

Stability of the current-carrying state in nonhomogeneous MgB2 films

Potential explanation of charge response of magnetization in nanoporous systems

Cr magnetization reversal at the CrO2/RuO2 interface: Origin of the reduced GMR effect

Signal transfer in a chain of stray-field coupled ferromagnetic squares

Spin interactions in bcc and fcc Fe beyond the Heisenberg model

Route to a family of robust, non-interpenetrated metal-organic frameworks with pto-like topology

Influence of texture on the ferromagnetic properties of nanograined ZnO films